Fox Spare Tire Cover, or The "May-As-Wells" Will Get You Every Time

I was cleaning the interior of my '87 LX when I noticed that the jute felt padding in the hatch was looking kind of decrepit, so I thought I'd replace it with a modern Mohawk felt-and-latex rug pad, $22 for a 3x8' piece, more than enough to make two layers of padding.

Right off the bat, I was staring at that shiatty fiberboard spare tire cover that I've always hated. I don't think I've ever carried anything heavier than an angel food cake back there, and still it was all bowed and made these "I'm very weak" cracking sounds just trying to lift it up with the felt padding on top of it. Time for that thing to go! But what to replace it with?

Well, plywood, obviously. Right? On my S197, I used the fiberboard as a template, cut a piece of 3/8" plywood, and attached it to the fiberboard with glue and screws. This resolved that problem where everybody loses that little plastic cap that's supposed to support the center of the fiberboard, and your spare tire bolt ends up punching a hole through the fiberboard and your carpeting. No fear of that now, it's good and strong. And the plywood is covered by the fiberboard and the carpet, so it looks finished and presentable.

Great, except the Fox is a completely different animal. The spare tire cover and the felt padding are just sort of thrown in there. In fact, the only thing that keeps the cover in place (other than the sheer weight of all those layers of jute felt) are these two alignment pins, which look like plastic but are actually made from unobtainium. And the fiberboard cover has a metal brace stapled to it that's supposed to keep it from sagging (it doesn't), making it tough to simply attach another layer of stronger material, because if you want the layers to fit flush, you'd have to pull all the staples and remove the brace, probably shredding the ancient fiberboard in the process.

Fine, I thought, I'll just replace the fiberboard with plywood. But I just didn't like the idea of picking up the carpet and padding and seeing, well, plywood. I wanted a material that was smooth and finished-looking, like the original.

Seemed like the best idea was hardboard or Masonite. Like the original, it has one smooth, finished side and one textured side that provides a little bit of grip but won't damage the painted hatch floor. I figured 3/8" would be perfect...just strong enough but not too heavy.

Turns out, unless you work in a lumberyard...a big one...3/8" or thicker Masonite is very hard to find, unless you want to special order a whole skid of it and turn out Foxbody spare tire covers for a living.

1/2" MDF looked like a pretty solid choice. Smooth and finished-looking, and plenty strong. But really heavy, and when you're leaning way over the hatch to pick that thing up by the side of the road, you don't want the extra weight. So I came up with a compromise; Ultra-Light MDF. Pricey at $30 for a 4x8 sheet, but otherwise, just what the doctor ordered. So I used the original board as a template, cut out a new one, and transferred the alignment pins over.

Since the MDF is smooth on both sides, I wanted something with a tiny bit of grip to protect the paint and hold the cover in place, so I picked up some Frost King 3/4 x 3/16" closed cell foam tape for the underside. 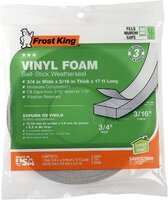 Now that I finally had gotten rid of that cover that's been irritating me since Reagan was President, I decided it was time to swap in an aluminum Cobra spare too.

At some point in the past, the plastic spare tire wing nut had broken. I picked up a brand new one from Ford, and it was sitting there in the little blue and white bag. But that cheesy, plastic toy just didn't look right on top of that beautiful aluminum wheel. I decided that there had to be an all-metal wing nut I could use instead, that wouldn't dry out and crack like an old twig. I found a polished, all-metal Gibraltar SC-13P2 8mm wing nut meant for a drum set. Bonus: A set of two was cheaper than one Ford plastic wing nut.

Anyway, thought I'd share the details in case any other Fox owners wanted an upgrade for their spare tire cover that was as original-looking as possible, but would still let you carry cargo in the hatch. And also to serve as a reminder, no matter how small the project starts out, watch out for the may-as-wells.

Fox How many layers of jute felt in your hatch?