I've found this car to be marvelous at going around my local favorite twisty road. The other day, a cat was going around it in a 370Z. I was hot on his tail the entire 15 miles, he couldn't shake me. I could tell he was trying. There's really no place to pass if the two vehicles are anywhere near the same powerwise. But I enjoyed hounding his rear bumper. I wonder if the V6 model handles well because the front to rear weight bias isn't bad. It's not a heavy front end beast like my Lightning is. Likely also, the 20 inch rims and 255/25 tires help. The ride is a bit on the rough side, but it swoops around corners superbly. I love it!

No twisty roads here in Fla. How about burning those tires off on your car. Will it do it ?? Your car looks nice with all its upgrades .
C

Some people here, not the site, but where I live, rag on me for buying a V6 Stang. I bought this car because it caught my eye. I never thought I'd own a Mustang, because everyone and their mother has one here where I live. But was out driving one day, and this one caught my eye, had to have it, blank slate and all that bs. Now, every time I have it out, people are doing double takes, telling me it's a bad-ass Mustang, etc. So in a world of Mustangs everywhere, mine now seems to stand out in a crowd, even without a V8 under the hood. LOL!!

I have totally lost track of the number of people that stick their arm out their window and give me a big thumbs up. Happens every time I drive it.

The car only had the hood scoop and rear spoiler when I bought it. I don't know the story on that, did it come with them from the dealer, or did some owner in the distant past do it. Because if they did, they did a great job of it. The way the side stripes integrate with the rear spoiler speaks professionally done. Everything else, I've done to it. Even have a APR Performance rear diffuser on it's way here. Only fits the GT rear bumper, and that's another thing this car had when I bought it. The GT rear bumper and the skirts under the doors. I jsut did the tail lights and the hood locks the past two weekends.

Like I said, I was happy I could hound a 370Z through the twisties the other day. That's what I enjoy doing. The road is about 15 miles around a lake. And only one stop sign. I pretty much live out there on the weekends. If it's raining, I take my trusty old V6 Ranger, I outfitted it with Hellwig front and rear anti-sway bars years ago. That'll be today, raining.


Hmmm. The link for the rear diffuser shows up as Security Check. It's CARiD for heaven's sake! 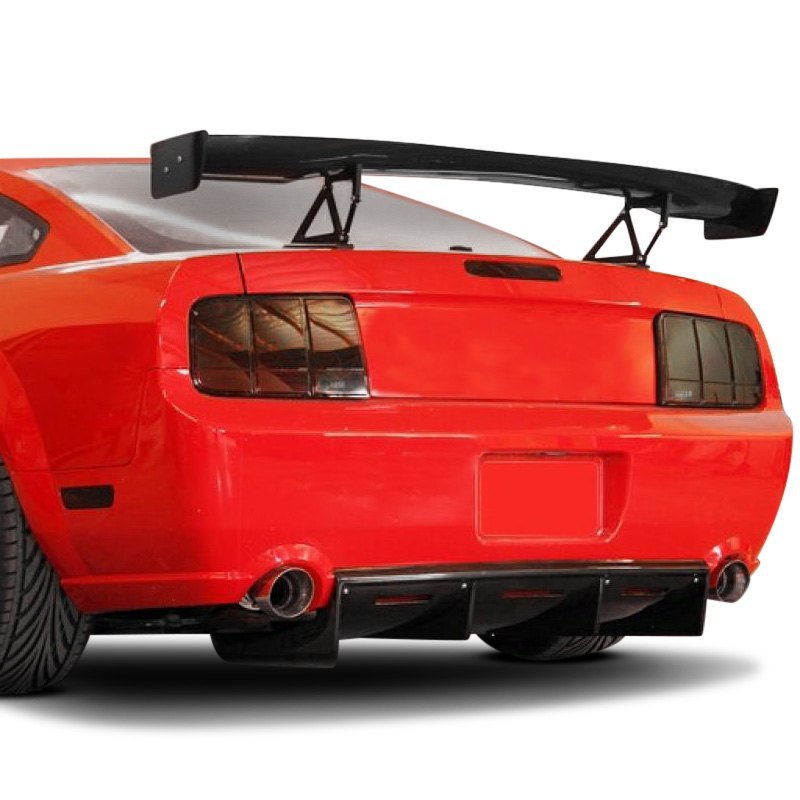 Yes. Here is Tail of the Dragon...only ~1.5hrs of twisty roads away from here. 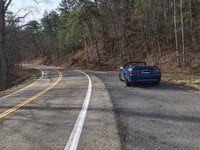 I still do, here in the mountain state there is no shortage of twisty roads, unfortunately they aren't always in the best shape. I do still like to throw it around some corners when I can though.

Yup, curvy roads don't do any favors to the tire corners. Price to pay in my case, for enjoying that more than pure outright acceleration. I'll just have to see how long the tires on the Stang last. They are 255/35-20s, Nitto rear and Hankook front. Previous owner did that. I am going to go all Nitto soon, just waiting for those fronts to wear enough to justify replacing them. Then, since the Nittos out back are rather new, I'll move them to the front and put the new Nittos on the back. Might even bump the rears up to 265/35.

I am used to staggered tire sizes. Both the Lightning and the Ranger have staggered sizes. Fronts, all I do is take the tires off, take them to my friends shop and have him flip the tires inside out on the rims every 5000 miles or so. Have to do the Lightning this week.
Show hidden low quality content
You must log in or register to reply here.

Don’t know where else to vent

Invitations to go to "Mexico"?