Rdub6 said:
I welcome and encourage all responses.
However, I decided to bring it in to the shop tomorrow morning. If I had the time, and we didn’t use the truck every day, I’d have a go at it, but sometimes you just gotta pay da man! It kills me to do it, knowing I can do it myself…… but it is what it is.
I’ll save the the DIY for my mustang!
Click to expand...

I’ll update this here in case anyone reads it down the line. (I think I had a separate thread for the transmission issues). Turns out the torque converter welds were leaking. Trans shop had a few come back with same issue, so they fixed the truck free of charge!! +1 for the good guys!! Hopefully his supplier takes care of him!!
Reactions: 1 users

More F-150 woes! Had a few fuel vapor codes which I thought I fixed, but after a few weeks, they reared their head again.
At the same time, my daughter fills up with fuel and tells me the gas was leaking once it got to a full tank.
She reminds me that this happened to my Mustang, thinking it may be the same issue…. (I failed to tighten the lock ring around the fuel pump when I had the Mustang tank down). Funny as that may be, that she remembers my eff up, I know that’s not the issue here.
Inspection was due in October, and with the issues I’ve been having with vapor codes (and no real time to do this myself) I bring it to my guy to get this sorted out, and the inspection done. Turns out the fuel tank is rusted out around the top where the lock ring is.
Order one on Rock Auto, let him put it in since he had the truck already…… he also changed the rest of the vapor hoses above the tank, and we are off and running again. Slowly but surely, this truck is getting rebuilt, whether I like it or not! Lol
Reactions: 1 users

A little change in plans on this truck. My daughter decided she wanted to throw a down payment (she’s saved every penny she’s ever earned) on a ‘18 Rav 4. She’s in college and works as well, so between her money down and our kick in, we got her to her $200 a month payment she wanted. She’s thrilled. She’ll learn about budgeting money. And best of all, she feels safe and confident she won’t be breaking down.
The ‘02 was just acting up too much lately!
Anyway…… I couldn’t get myself to trade it on her car. There’s too many new parts, and my hard work into it to let it go to auction….. or worse, the crusher.
I still have it on the road right now, and the hopes are to get it back to 100% reliable. I’ll continue to tinker with it, and see where it goes. Stay tuned……
Reactions: 1 user

So for a while now, the 4x4 would not engage in this truck. I just dealt with it when I drove it, and my daughter didn’t encounter any snow in the mile she drove it to high school.
Today I decide to finally change the vacuum actuator (solenoids all checked out fine both electrically, and had vacuum at the right places at the right times)
I change the actuator, and after a few cycles of the dash switch, everything starts working properly.
I take it for a test ride…….. and here’s where it gets good. The hesitation/vibration that I thought was ignition or fuel related is completely gone. This truck is running smooth as ever. I don’t know if it’s just coincidence, or if something was “amiss” in the 4x4 system causing me issues, but I am stoked right now.
I was actually very close to selling it to a family member (they haven’t said yea or nay yet)…… but at this point, as much as I love this truck….. I think I’m keeping it. At least long enough to drive it around and make sure nothing rears it’s ugly head again.
I was so close to letting it go as is, but felt bad knowing the 4x4 had unresolved issues. So glad I decided to do the right thing.
Reactions: 1 user

After driving it for a few weeks, it just didn’t seem to be running right again. I felt like it was down on power, and although not as bad, felt like the hesitation was coming back. Maybe it was just a coincidence that it ran a little better after doing the 4x4 work. Anyway…..
I decided I wanted to replace all 8 coil packs. Over the years, a few have been changed, but since I recently changed all the plugs, I figured….. let’s finish the tune up. Not wanting to spring for $60 a coil pack on Motorcraft, I turned to American Muscle/ American Trucks website. I read a bunch of reviews and finally settle on the C&L Blue Lightning packs for about $150 for all 8. I figure it’s gotta be better than the 5 originals, and the three that were replaced years ago. 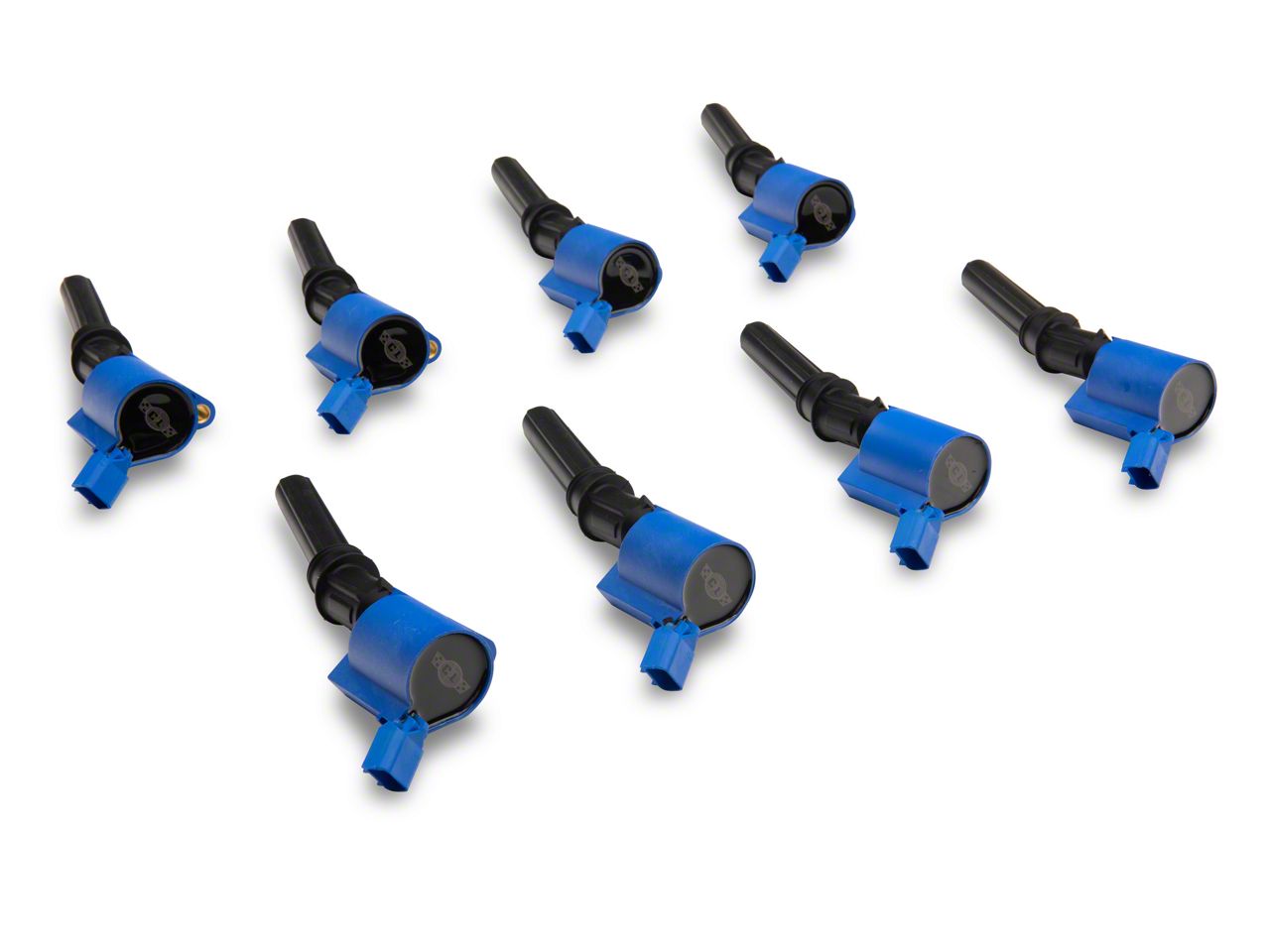 www.americantrucks.com
So far, I am very happy! Truck is smooth as silk again and running great. The boots were about 1/4” longer than the stockers, so I did have to trim them a bit, but no big deal.

Seemingly random 'will it fit' and 'how well does it work' kinds of questions...