You are using an out of date browser. It may not display this or other websites correctly.
You should upgrade or use an alternative browser.
G

So the '90 LX 5.0 that I recently picked up had a whole hose of transmission issues with the T5 so I took it apart and have a few new questions. The symptoms were grinding going into every gear, with 1-2 being the worst and had to be perfectly rev-matched to let it into the gear and 5th gear being non-existent. Also, the speedometer did not work at the dash.

Last night I got the transmission out of the car and popped off the top cover and tail assembly to get a better look at the gear train. With the tail off, the two smaller ring halves in the picture on the table fell out. Pulling off the bearing retainer, I found that it's 4 screws were barely installed, and one of them was entirely stripped out of the casing. Certainly not helping the issue!

The 5th gear looks to have taken a few hits as well as the teeth are pretty marred on the outer surface.

When I pulled the gear-train that is not pressed in, I could see a bunch of junk in the bottom of the case. The following was down there:


There was also some damage to the sidewall of the case, though superficial in nature.

I believe the larger ring is the 1-2 or 3-4 syncro spring but haven't dug in deep enough to confirm. This is my first transmission teardown, so learning as I go here.

Can anyone confirm which parts are the actual failed parts or what else I should be looking at due to those failed parts? Would you consider this still a good candidate for a rebuild?

Synchronizer clips and keys. Your synchro won’t work without that. Inspect the synchro hard parts for damage and replace if showing wear from grinding.

Still a rebuildabke trans. Just might need some hard parts.


There's a part 2 and a final assembly

These videos are your friend.
Reactions: Wayne Waldrep
G

Thanks man. I'll take a closer look at the hard parts later this week. From looking around, clips and keys are pretty darn cheap, at least from what I see at allstategear.com. This is going to be one of those projects where I spend more on tools than I do on parts, lol.

Yeah, somehow that speedo gear clip got into the main case which was a little surprising to me as that little yellow plastic gear rides along out at the output shaft.
G


There's a part 2 and a final assembly

Thanks for the link. I actually used one of his videos as I took apart the casing. Just need to finish watching through once I get the press set up.
G

I got a few minutes this evening to take a closer look at the referenced video above (actually is a different one by the same guy than what I had previously watched) and spent some time staring at my assembly. Definitely learning a lot here as I've never had to dig this deep into a transmission before.

From what I can tell, the synchro rings look to be in good shape though the synchro ring between what I think is 1st and reverse is entirely loose on the shaft. That's probably where the broken big ring came from.

First gear on the main shaft looks to be a bit higher than desired on the contact patch area.

While you're in there you should upgrade the front bearing retainer and rear cluster support plate.

The inside dog teeth on the 1-2 synchro slider (3rd pic) are bashed up. That part needs to be replaced.


Cant get a good view of the other gears to comment
Reactions: Wayne Waldrep

I've just rebuilt a spare t5 I had.got a lot from Paul c. At fivespeeds.com,same guy Eric is in video with. I would get the complete kit with bearing retainer.

I tried to attach my videos but they are too large for server.sorry
G

Thanks everyone. I just ordered the complete kit from LMR as well as the front bearing retainer. Harbor Freight's running a deal for Thanksgiving on their 20 ton press, so I'll pick that up Friday AM and hopefully get the rebuild done over the weekend.

Make sure you shim the front bearing. The 5speeds.com peel shim kit is really nice.
G

JMGlasgow said:
Make sure you shim the front bearing. The 5speeds.com peel shim kit is really nice.
Click to expand...

Yep, I will be, and am following along with all of his videos. I won't be using his peel shim though. The LMR kit comes with a handful of different input shims it looks like anyways.

Hopefully you find a combo that works. Did you get the billet main cluster support plate to replace the stamped steel junk one?
G

Fingers crossed. If not, I'll just wait for the $16 peel one from 5speeds.com since I'm in no particular rush. The car will be sitting until the snow melts anyways.

Yeah, I got the upgraded piece through LMR for the bearing retainer. 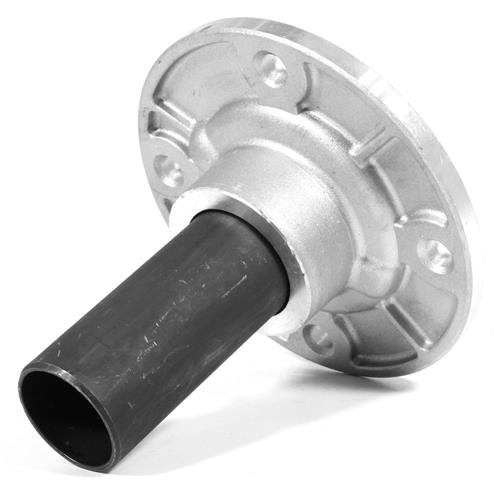 I was talking about this part. He calls it the counter gear stabilizer.

Ah I see what you mean. No, I hadn't planned on updating that.

While you're in there you really should. They stretch and cause all kinds of problems.
G

You convinced me. Sure would hate to do this a second time because I cheaped out on the first round, heh.
Show hidden low quality content
You must log in or register to reply here.

Help I want to put this T5 in our Cobra II