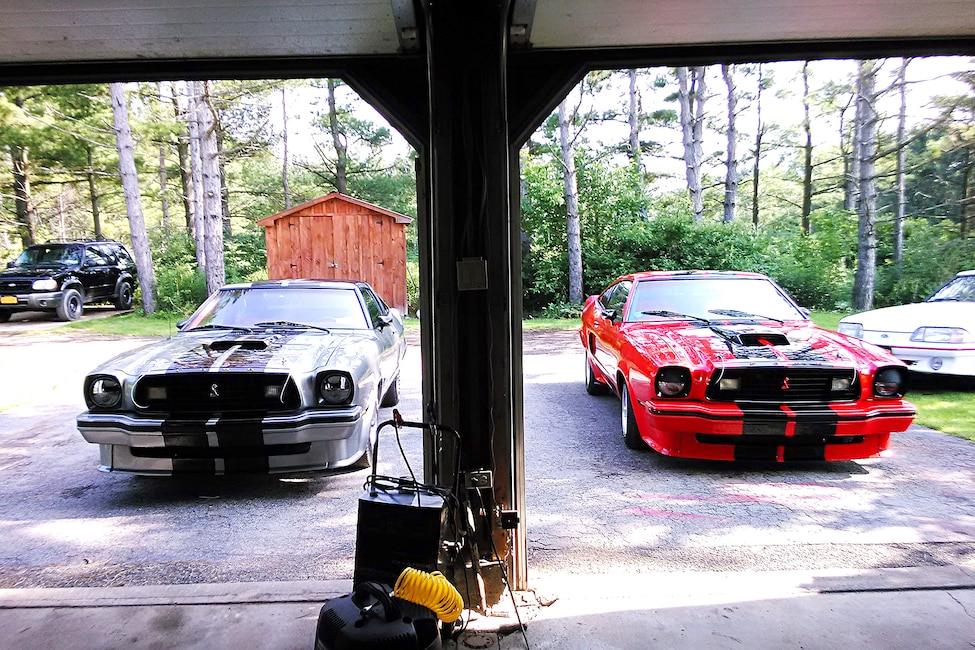 Looking for Mustang II Parts? Vincent and Philip Tripi Jr. are Cornering the Market on the “Forgotten Mustang.”

Looking for Mustang II Parts? Vincent and Philip Tripi Jr. are Cornering the Market on the “Forgotten Mustang.”

Those are some pictures of the mustang ll . I want one such a cool car. I just read a story on how ugly they are.
Reactions: 1 user

Potomus Pete said:
I just read a story on how ugly they are.
Click to expand...

Beauty has always been in the eye of the beholder.
Reactions: 1 user

Ugly?
I would limit the ugly part of the II's to the bumpers in my completely unbiased opinion. (lol)

I know I have said this before, but unlike the foxes, SN's, and land yacht years, these II's at least actually look like a Mustang, not a fairmont, an import or a Galaxie.
And before someone mentions it, they do not look at all like pinto...also my completely unbiased opinion....

I still don't get people who call down the II styling but don't say anything about styling (or lack thereof) of the fox body (yes I have owned some, last one was a VorteC Supercharged black 5 spd 93 gt) Nice cars, light and perform well.. look nice.. but styling? ... there really isn't any. The SN's could literally be a Mazda. The slab-ish 71 to 73's are stretched nose LTD's.

Am I being harsh? perhaps, but no less harsh than the uninformed opinions which label the II as a Pinto. Heck, I would rather own a Pinto than a 71 to 73 Mustang or even an SN for that matter..

Everyone has their reasons for liking a particular year of Mustang and it doesn't always meet with other people's approval or tastes, but I really don't understand the II bashing, especially by the Mustang community, when there are far far worse examples of styling or lack of styling in the Mustang world.

(steps back down off the soapbox.)
Reactions: 4 users I always liked the yellow kings. My favorite II would be the orange Kings.
Reactions: 1 user

That is a fact!
Reactions: 1 users

Dude is going to need a big stick when that 429 hits the road. In more ways than 1.
Reactions: 1 user
Show hidden low quality content
You must log in or register to reply here.

D
Engine 1987 5.0 overheating at both idle and driving