Has anyone ever swapped a new style hatch latch (92-93) into an earlier hatch....say an '88 model? This would require the newer style striker as well.
Anybody?

I used to get them in junkyards but they have no more Foxbody's.
LMR carries the old latch, at least they did last time I looked.
They still do for $26.99 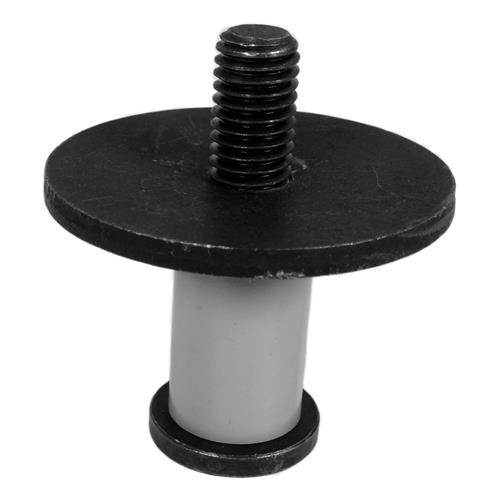 Keep your Fox Body hatch from rattling by replacing your worn out 1987-1991 Mustang hatch striker.

Blown88GT said:
I used to get them in junkyards but they have no more Foxbody's.
LMR carries the old latch, at least they did last time I looked.
They still do for $26.99

Keep your Fox Body hatch from rattling by replacing your worn out 1987-1991 Mustang hatch striker.

That's the striker. I'm talking about a complete swap to the newer latch and striker.

I smell a conspiracy

I put a'93 hatch on my '90 ,retained my latch,but had to swap hatch harnesses, or maybe splice them. I'm shure strikers are different.

The strikers match up to the different latches. They are a set. SO if you stuck a newer hatch on the older car, you need the new striker.

But I too have always wondered if the newer 92-93 style hatch latch would retrofit on an older hatch. My guess is yes as I can't see ford redesigning the hatch for this.

I always thought the newer latch seemed more secure and solid when the hatch was closed. But that could also be in my mind as it's been a while since i've touched another fox body other than my own.
Reactions: Wayne Waldrep

I'm not sure I would like somebody touching my fox body

Ok so here's why I was asking. My hatch has been popping open lately. The latch itself opens as if I did it with a key. The car is very solid with the MM full length subs. I just think it's just worn. That got me thinking. I remember having a brand new OEM Ford latch. I also remember thinking that it didn't fit anything of mine and I thought I threw it away. So today I grabbed one of my plastic tubs of parts and got lucky on the first one. Found the latch. Ran the Ford number on it and it's a 92 or 93 hatch latch. Yaayyy!
I decided to see what's what. After some figuring, I installed it. I first got it to open with the key so I wouldn't have a permanently closed hatch. Then I made a temporary striker to see how it fit. Bingo....closes just fine. Now I'll make me a real striker and make the conversion permanent. No I'm not spending $25 on a bought one. I have extra old style ones so I'll just modify one or make a new one from scratch.
Oh, and Mike, it does feel more solid. I just hope it solved my hatch popping open. Tired of sniffing exhaust!
Reactions: 90sickfox and Rdub6
Show hidden low quality content
You must log in or register to reply here.
Share:
Reddit Pinterest Tumblr WhatsApp Email Link
Top Bottom